Freight in the Sun!

Days of Sunshine have been few and far between as of late, so naturally whenever an opportunity presents itself, it is swiftly made the most of! Below is a selection of pictures taken within the local area over the past week. 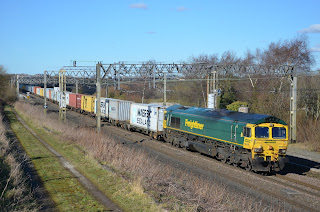 66518 passes Weaver Junction with a well loaded 4L92 14:35 Ditton-Felixstowe North FLT service on Monday 07/03/2016. Booked for a pair of Class 86's, realistically anything in the Freightliner fleet can turn up on this turn. 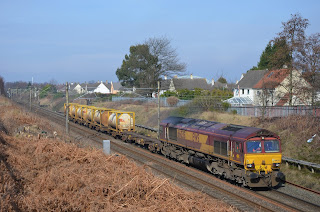 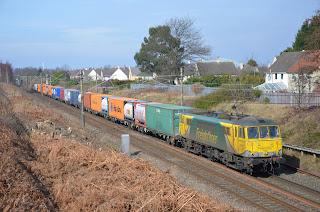 Following 66035 is Freightliner Powerhaul liveried 86637 with the 4K64 11:46 Garston FLT to Crewe Basford Hall liner. The loco spent the last few months of 2015 in the sidings behind Penrith Station after failing on a Southbound intermodal working from Coatbridge with wheelset issues. It was finally towed on a wheelskate at low speed by 66522 in January 2015 to WCRC Carnforth where initial repairs took place. After an exam at Crewe EMD the loco was returned to Freightliner and front line service. For an loco that is practically half a century old, the modern livery really takes some beating for me! 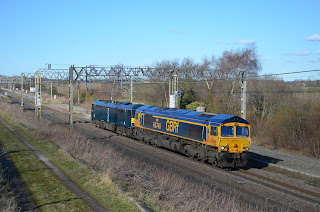 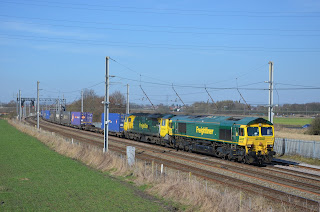 66520 drags 70011 south on a delayed 4Z27 Coatbridge to Daventry working. This traffic was recently won by Freightliner Heavy Haul (rather than Intermodal) from DRS. 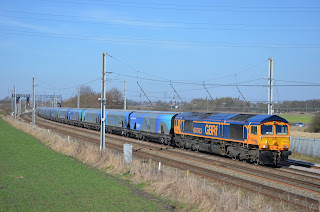 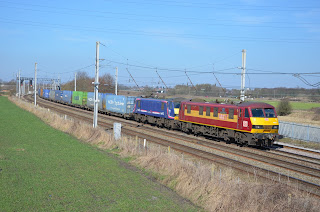 And now we're in Business. the 4M25 Mossend to Daventry screams through Winwick with 90037 'Ford - Spirit of Dagenham' and Scotrail liveried 90024 at the helm. 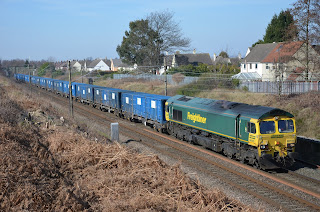