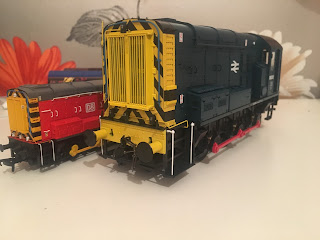 I find myself writing this at a time where model railway products have never been better. The level of detail, functionality and quality is a far cry from models produced just 20 years ago. Naturally today's models command much higher prices but like anything in life, you pay for what you get. More manufacturers have entered the fray, no longer is Hornby the market leader, and this level of competition has led to raised standards.

However, this hobby is not all rosy.  I genuinely struggle to see how the Model Railway Industry in the UK survives with such a slow conveyor of products being released. I'm not rich, I'd consider myself comfortable with an amount of disposable income to spend on Model Railways every month. I find that I don't spend this money as there is nothing for me to buy. Sure plenty of products have been 'Announced' and plenty of these products interest me, however the amount of time in getting these items on the shelf is increasing. Its increased to the point where I'm not sure I see the point anymore, it's enough to kill off anyone's interest.

Examples of products falling in to the above category are Bachmann Europe's Class 90 and 158 projects. The Class 90 project was announced 3 years ago in July 2014 and the 158 way back in 2012. Today these projects are no more than drawings (assuming they have been done) UPDATE strangely enough the Bachmann website has been updated to say the 90 has progressed to the Tool room. At the rate it has taken to get to this stage then it seems plausible it will 2020 before we see the first Engineering Prototype and probably another 3 years on top of that for production/release. In all seriousness, from the perspective of me as a customer, this is a piss take. I want the 90, I have the money to spend on it, I just want to be alive to see it released. If Apple took 4/5 years to release their latest iPhone after announcing it would customers wait? Would they hell, Samsung would have record share prices to go along with record sales figures.  Will we ever see these projects? Probably not in the case of the 158, was this just a diversion tactic by essentially "Reserving" these items.

This isn't just a problem with Bachmann though, this spans the entire industry regardless of size.
Dapol, a Welsh manufacturer, announced an N gauge Class 142 a number of years ago. Despite a lot of confusion (even amongst their own staff) over whether the model was actually still going to be made, it now looks like its nearing completion. Then there was the Class 73, a model that had been crying out for updating for many years. Dapol did the Class proud with an outstanding rendition let down by avoidable and plain stupid livery errors. There are several 73s that interest me, all from the post privatization period however I point blank refuse to purchase these with the ridiculous yellow ends that should never have made it through quality control. I ain't going to take a paint brush (or indeed pay anyone to) to correct a £150 model. Hopefully the second batch will be better...

Hornby, the only name from the Model Railway world that anyone outside of the hobby knows, have been an embarrassment over the past decade. They have produced some outstanding models, namely the Class 60, 67 and King (for the Kettle fans). However with capacity issues over in China, production of items to sell at one point where more dreams than reality. Then there was the whole laying down the law with retailers imposing unrealistic terms and making it practically nonviable for them to stock their products. Thankfully a lot of kick back was received, particularity from the smaller retailers, and Hornby in part where told to go "F*ck themselves". They do now however seem to have turned a corner and products are starting to appear as regular updates on their forthcoming items. Hornby could however do with some assistance in range planning as some of the announcements in recent years have been shocking and the exclusions of what many people would see as Key/Core items truly baffling. One hopes that someone with an understanding of the products they want to sell is brought in, as they once had someone doing this who was a real asset to them and is responsible for their success before the more recent turmoil.

Another firm uses "Crowdfunding" to get projects going which seems reasonable. The guy behind the company is one of the most enthusiastic and technically minded people in the business. A modeller himself, he looks to produce what he would like to see in models. He's done this with good success so far and if you go off what he posts on well known model railway forums there is much more to come. However, sometimes he comes across as a complete liability and its like he should be housed in a cage and fed water and leaves. A recent crowdfunding project had plenty of expressions of interest and a number of orders placed too. Realizing that the numbers hadn't got to the stage they needed to in order to make the project viable, it was opened up to established retailers to get it over the line, makes total sense, the project can continue and retailers get a slice of the pie = Happy Days, or so you would think. So when announcing this on a forum, instead of thanking those who had supported the project from the start and the retailers who have essentially bailed the project out, the attention was focused on those who had expressed an interest but who had not converted that in to an order yet. A public dig at those people who essentially he wants to part with their hard earned cash seems a most unusual marketing strategy. The gripe being that there were 'Broken Promises' which is amusing as if you were to go through this thread in particular, the amount of times you see an update from the guy saying "Update on the project to be posted Monday/Sunday" or "Next invoices to be sent out Sunday/Monday" and you're still waiting a week later. Broken promises, oh the irony.

At the end of this rant, which is actually a fact filled rant, I conclude by saying that all I want is to be able to spend money on products. Gone are the days where Lima had mass releases every 30 days. I'm not saying that is the answer either, somewhere in the middle will do. The only models I have purchased this calendar year are the Dapol Class 68 (which is truly outstanding) and a Bachmann 57. I have a broad modelling interest which spans an era of 30/40 years and there has been virtually nothing come through. I've spent more money on second hand items this year such is the lack of supply. 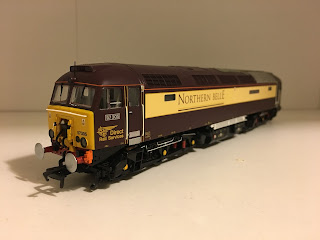 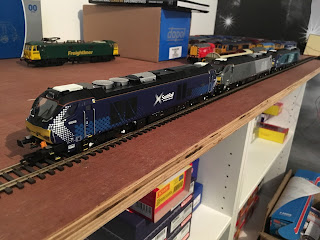 and various re liveries of existing tooling.

I look forward the eventual arrival of these new models, however, I wont be around forever...