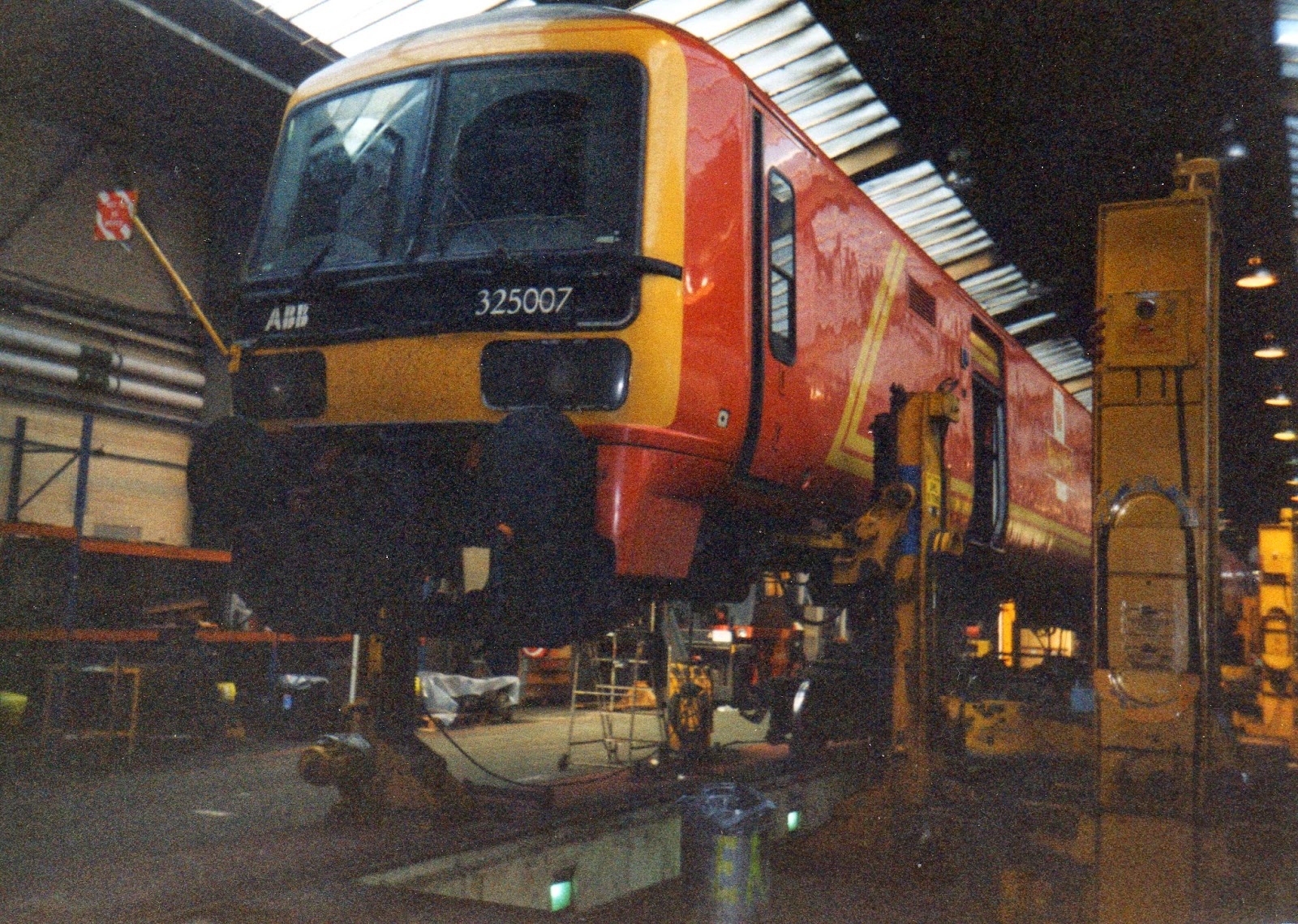 325007 receiving maintenance @Allerton early 2003. I'm unsure what the work involved exactly but the unit is on jacks with the bogies removed, most likely sent away for overhaul. EWS was to lose the Royal Mail contract shortly after this picture was taken and the units spent a period out of use in store.

The Class 325's were introduced in 1995 on electrified postal services between Scotland and London. A total of 16 of these dual voltage units were built and all have carried Royal Mail livery since introduction. Allocated to Crewe IEMD, 15 units survive and remain in service as of April 2014. 325010 was scrapped in 2012.
at April 18, 2014