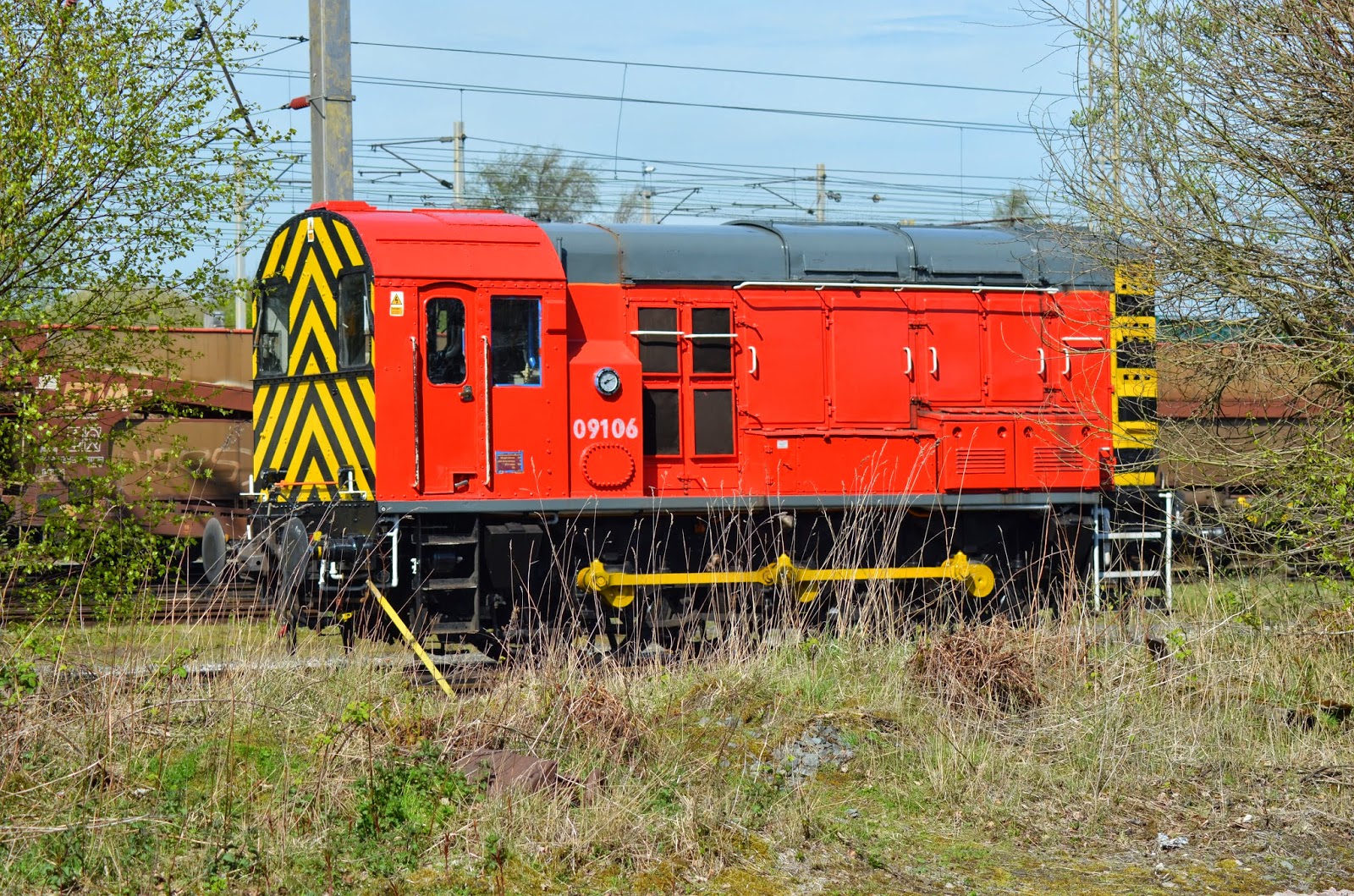 Finally, on my third visit to phot this 09 I have nabbed it! On my two previous visits, in March and early April, the Super Gronk was parked in virtually the same position but was blocked in by Class 66's making photography somewhat difficult.
This is a new one to me, prior to moving to Warrington I don't think I've ever come across 09106 before. A quick look through some of my old motive power books tells me that this particular shunter had a long association with the North East with spells at Thornaby and Immingham . One of a batch of Class 09's converted from 08's, 09106 was converted from 08759 in 1993. 08759 for what its worth was a Carlisle resident for most of the 80's and had a period at Bescot before its upgrade.
Now painted in DB Schenker red and grey, it is still to have DB decals applied. This repaint was done at Warrington Arpley in between duties.
at April 16, 2014