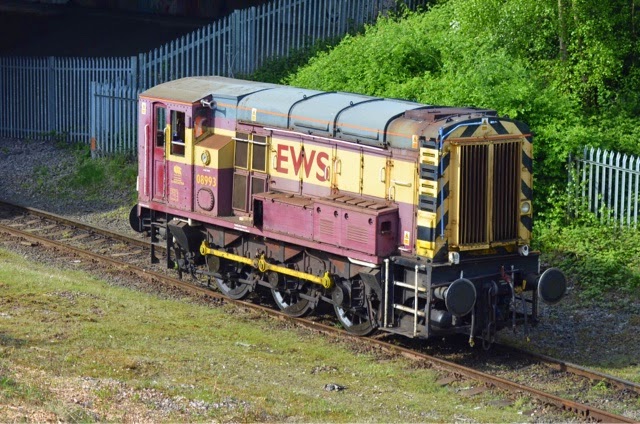 In terms of condition, this has to be perhaps one of the best offered sets of locomotives put up for sale by EWS/DB Schenker. Of the list, 08877 st Wigan and 'Cut-down' 08993 at Stoke are currently in use as internal user pilots despite officially being regarded as stored. 09201, for years the trip loco working off Knottingley, arrived at Toton in Summer 2014 for repairs that were later cancelled. 08738 and 08939 have remained in store after returning operational from France, where they saw use with Euro Cargo Rail (ECR) a few years back. 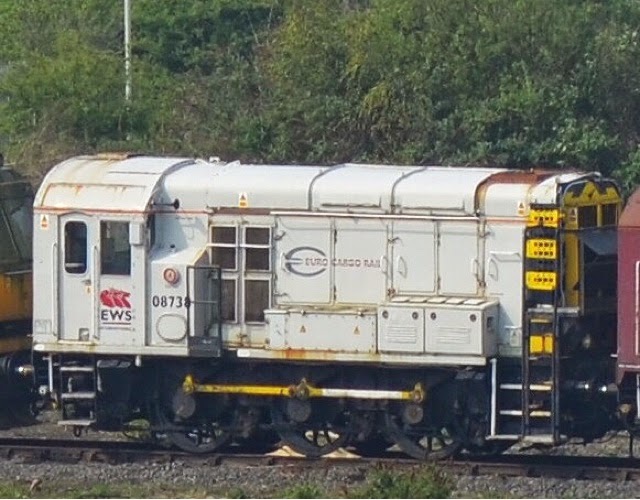 08500 and 08711 are perhaps the least complete, with just nose, cabs and frames remaining after overhaul work on the pair at Tees Yard stopped a couple of years back.  Cut down 08994 at Toton and 08995 at Crewe, along with 09006 at Toton complete the list and have had some parts removed.

DB Schenker remain keen on eliminating the Class 08/09 from their fleet despite all attempts so far failing miserably. Currently they are trialling battery electric shunters at Toton and Crewe but in their present form they would not be suitable for shunting yards and forming trains. I've said it before and I'll say it again, there is a need for at least 10 serviceable shunters in the DB operation. Locations such as Didcot, Eastleigh, Hoo jn, Knottingley, Margam, Mossend, Tees Yard, Warrington and Westbury, as well as depot pilots at various locations (internal user at Stoke, Toton, Wigan etc) still require the need for dedicated shunt locomotives. It has been proved it is not practical to have mainline locos such as Class 60 and 66 take over full time, as in DB's drive for efficiency locos standing idle in yards are virtually a thing in the past. On numerous occasions a Class 66 allocated to 'SHNT' or 'CL08' has actually ended up working a service leaving yards empty and trains unformed.

If DB feel the 350hp Gronk isn't the answer for their shunting needs then they need to put their money where their mouth is. This humble design has been around since the days not long after the Germans were defeated (again) in World War 2. They have been through everything, every change, every traction policy and are still standing. Other operators have invested in the design in recent years putting locos through heavy overhauls to ensure reliability. Unfortunately for DB, the UK's largest rail freight operator, the policy of traction rotation and pit stop/patch up repairs every time a loco requires work has come back to bite it on the arse. Rather than spending money on overhauling the locos, money was wasted on remote control technology that was subsequently rejected by Network Rail. It is the belief that this is one of the main reasons DB want rid of these vintage locos, pretty much spitting the dummy out of the pram. An overhaul programme for a core fleet of 10/15 locos would probably prove most cost effective in the medium term. Toton and Crewe depots are currently at breaking point with work on mainline locos so it highly unlikely such work will actually ever happen.

From this list, beneficiaries are likely to include HN Rail who have identified a need for dedicated overhauled shunting locomotives. It is inevitable that some, if not most of these locos will go for scrap.

08877 has been at Wigan since the 1990's and has survived one tender list already. It looks like this time though it is going to be impossible to dodge and one would hope that given its serviceable condition it is bought for continued use and not scrap.
The trains can be tendered for here https://www.rail.dbschenker.co.uk/rail-uk-en/Products_Services/additional_services/Disposals.html